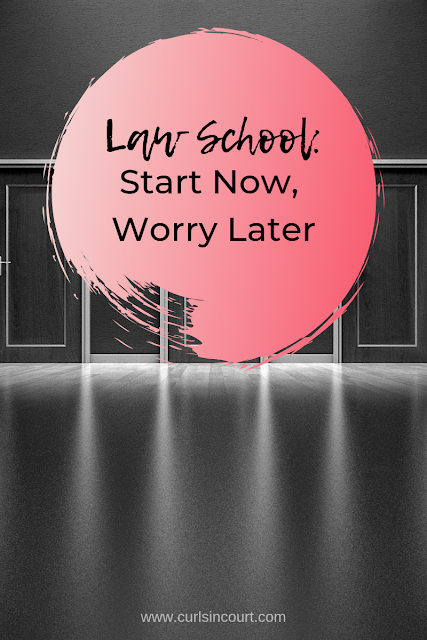 Shout out to all the applicants out there who are like me and decided to go to law school last minute. If you got your stuff together and took your LSAT early, then congrats! If you are still struggling or worried that you waited too long in the year to start applying, then this post will give you some reassurance.

I was about 4 months post grad when I decided that I wanted to go to law school. When I made the decision I wasn’t sure if I could make it for the next school year or if I would have to wait a year, but I figured it wouldn’t hurt to take the LSAT so I signed up for the next exam I could…in November. After I signed up I figured there was no way I could make it work for the next year. I had no real plan, no letters of recommendation, no idea on what the application was even like, but I reached out to some law schools anyway to get a feel for how this whole process works.

I first spoke with an admissions counselor at a small law school in my home state. She told me I was not behind and that there are many students who take their first LSAT in November. But, she did say I should try to get my application in as soon as possible after my LSAT scores came back. For me, this was an early December time frame.

I started getting my ducks in a row. I reached out to professors to get recommendations. I got two – one from my senior design professor and one from the Asst. Dean of the College of Engineering who was my sorority…remember they don’t always have to be your professors. I started studying and was off to a good start. Then life happened and work got super stressful and super busy and the next thing I knew I was taking my LSAT but I hadn’t thought about law school in the last couple weeks.

I got my LSAT score back and was honestly just relieved I had improved from my baseline, but I knew I could do better. Plus, even though I had started back up on the application process after work calmed down there was still a lot of waiting. My transcripts still hadn’t made it to LSAC (it can take a month if they are busy) and I was still waiting on my letters of recommendation (December is a busy time for anyone, but especially college professors). So, I decided to sign up for the late January LSAT to give myself the time I needed to do my application justice.

I ended up sending in my applications in mid February. I achieved my goal LSAT, so the wait was worth it for me. I got into all four schools I applied to, which ranged from top tier to unranked. I do think that timeline matters more for top tier schools, especially t14, but this timeline is not outrageous enough that it would be the reason you aren’t admitted.

The time frame I was working with was not ideal and if I could do it all over again, I would hit the studying harder to see if I could have gotten my goal score the first time around. But that being said, you have to work with what you’ve got. No matter where you are in your process always remember to take a deep breath when you start feeling the pressure. It is better to have a complete, well formulated application than submit one that is 70% of what it could be because you felt pressured by your schedule.

Start each step of the process as early as possible and follow through with it so you don’t get held up after you receive your scores. Always remember to leave time to have to transcripts sent in and for LSAC to process all the information. Also, when you reach out your professors or bosses about recommendation, I would provide at least 6 weeks and include your timeline so they can tell you if it works for them.
Congrats on taking the big leap and starting your own journey to J.D.!
Labels: application early education law school LSAT planning procrastinate school start timeline